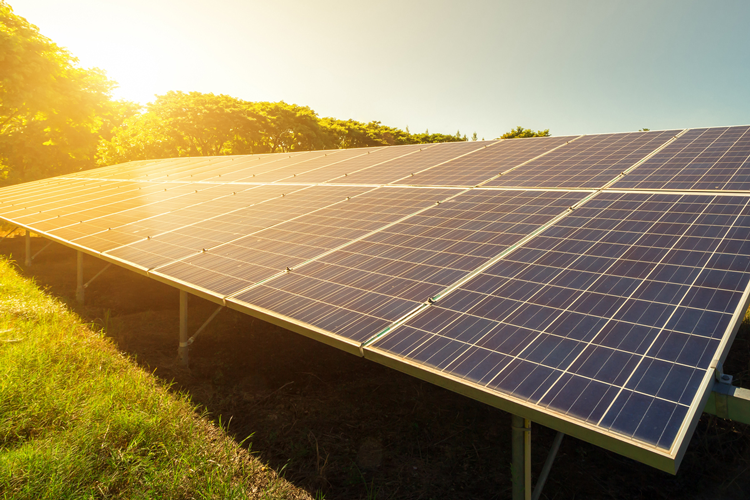 Solar energy is crucial to many futures. On the micro level, there's a booming solar industry in America and across the globe. Since Congress passed a tax credit in 2006, the Solar Energy Industry Association (SEIA) says that the industry has been averaging an annual growth rate of 50 percent in the last decade. In most fields, that would be macro news. But solar energy has a mission beyond making money—it's supposed to save the planet.

There's no plan to prevent man-made global warming from permanently warping the Earth's climate without solar panels and the energy they can convert. "The role of renewable energy solutions in mitigating climate change is proven," says the United Nations Development Program. Some in the industry think that solar will grow 6,500 percent as an industry by 2050 in order to mitigate that need.

But for all their importance, solar panels still feel mysterious. Stiff and slightly menacing black rectangles, they have neither the look or the feel of a savior. Majestic waterfalls and dams look heroic, but solar panels do not. So...how do they work anyway?

Work in solar energy started in 1839, when a young French physicist named Edmond Becquerel discovered what is now known as the photovoltaic effect. Becquerel was working in the family business—his father, Antoine Becquerel, was a well-known French scientist who was increasingly interested in electricity. Edmond was interested in how light functioned, and when he was just 19 their two interests met—he discovered that electricity could be produced through sunlight.

The years went on and the technology made small but steady steps. During the 1940s, scientists like Maria Telkes experimented with using sodium sulphates to store energy from the sun to create the Dover Sun House. When investigating semiconductors, the engineer Russell Shoemaker Ochs examined a cracked silicon sample and noticed that it was conducting electricity despite the crack.

But the biggest leap came on April 25, 1954, when chemist Calvin Fuller, physicist Gerald Pearson, and engineer Daryl Chapin revealed that they had built the first practical silicon solar cell.

Like Ochs, the trio worked for Bell Labs and had taken on the challenge of creating that balance before. Chapin had been trying to create power sources for remote telephones in deserts, were regular batteries would dry up. Pearson and Fuller were working on controlling the properties of semiconductors, which would later be used to power computers. Aware of each others work, the three decided to collaborate.